The development of Ancient Egypt was so unusual that some people believe that they were visited by extraterrestrial inhabitants and transferred advanced technologies.

Ancient Egypt is one of the most mysterious civilizations in human history. This land has left us with infrastructure and technology that are superior to those of the time.

Today, we are still fascinated by what the ancient Egyptians achieved and we still wonder how they were able to do such intricate things with their humble technology. Modern science still cannot explain some of the achievements of the Egyptians, one of which is the construction of the pyramids with extremely perfect structure.

One of the theories for this is alien intervention and here are the 10 most interesting signs that prove this:

Surely all of us know the majestic pyramids of the ancient Egyptians. And we also wonder how they can build these pyramids on earth? Their intricate designs and structures require extraordinary skills.

However, the Egyptians somehow found a way to build not one but many pyramids all over Egypt. Those are the burial places of the dead Pharaohs.

The construction of these pyramids required millions of stone blocks, each weighing tons. According to expert Richard Coslow, it takes 10 people to lift a stone weighing nearly 400kg. This seems to be impossible.

The pyramid could not be built with human power at that time (Image: listverse)


Even if all workers were superhuman, how to explain the amazing accuracy of these pyramids? The blocks have been cut so precisely that you would think computers and machines were used to do so. The ratio of the circumference of the Great Pyramid to its original height is equal to the value of pi.

So how do they do that? If it weren’t for the use of advanced machines or technology, it would have taken a giant with extraordinary skill to help the ancient Egyptians build these pyramids!

The ancient Egyptians left behind many hieroglyphs or secret symbols of great historical and artistic value. In it there are pictures that have created a lot of surprises for us, especially for those who are curious about ancient Egypt.

The engraving shows that the ancient Egyptians possessed a device capable of shining when it was dark (Image: listverse)

One of them is a symbol that shows the ancient Egyptians used electricity. It depicts people holding what appears to be an electric light bulb. If these are really light bulbs, how did they generate electricity?

These symbols have shown us the possibility that the Egyptians possessed extremely superior technologies.

Besides the symbol of the electric light bulb, we also encounter a number of other hieroglyphs that show much more advanced technologies.

The images above show what seems to be images of helicopters or flying machines. These hieroglyphs raised more questions about the development of Egyptian technology at the time. How did the ancient Egyptians get the idea of flying devices in their day?

The figurine looks like a space shuttle and a helicopter (Image: listverse)

There is always a possibility that the hieroglyphs are being misinterpreted. However, that possibility is very low, no matter how accurate the image of that helicopter. This is certainly one of the greatest demonstrations of the presence of a species more advanced than the humans of that time.

During the renovation of houses in Egypt, the people of this country discovered a lot of coins from ancient times. What is special is that some coins have on them the portrait of an unusual creature. On the coin there is an image of the head and shoulders of the creature resembling an alien. Some other coins show alien spacecraft or at least something like it.


Ancient coin engraved with the portrait of an unusual creature (Image: listverse)

People objected to this by claiming that the coins were forged by modern humans. However, these coins are still most likely from ancient Egypt. And if that’s the case, very few people can object to the theory that aliens actually inhabited this land of Egypt.

Another sign that supports the claim that ancient Egypt was visited by aliens is the recently discovered mummy in a small pyramid near the pyramid of Senusret II. The structure of the skeleton was found to be unlike a human body with a strange looking face. The mummy was discovered by Dr. Victor Lubeck, a retired professor at the University of Pennsylvania.

Mummy is not like that of ordinary people (Image: Listverse)

An anonymous source claims the mummy is not of earthly origin, and it has troubled the Egyptian authorities because they have always wanted to keep these secrets secret. According to sources, this mummy is said to have spent a lifetime serving as an advisor to the pharaoh Osirunet.

Governments refuse to acknowledge the significance of this discovery for human history, but they still fail to provide the world with adequate explanations.


6. The Perfect Location of the Great Pyramid of Giza

Surely it is no coincidence that these pyramids are placed in such a perfect position.

The three largest pyramids, Khufu, Khafre and Menkaure are not only perfectly aligned on the ground, but they are also aligned with the three lumbar stars of the constellation Orion. Even the size of the pyramids is related to the brightness of the stars. The pyramid is even in a near-perfect line with the magnetic North Pole.

Khufu, Khafre, and Menkaure are not only perfectly aligned on earth, but they are also aligned with the three lumbar stars of the constellation Orion.

Locating these pyramids required vast knowledge of science, geometry, and astronomy to say that the knowledge of the ancient Egyptians of the day was at least equivalent to them. us today. How did an ancient civilization come to have such understanding?

Akhenaten is likely one of the greatest religious innovators in human history. The Egyptian pharaoh who lived and reigned during the 18th Dynasty is famous for converting Egypt from a polytheistic society to a monotheistic religion. The god that the Pharaoh worshiped was called Aten or Sun Disk. Akhenaten’s dedication to his god even prompted him to build an entire city for Aten.


In the poetry of the people of the time, this Pharaoh is described as being visited by beings from the heavens. Some have even pointed out that he is one of these mysterious creatures. Akhenaten kicked off a religious and social revolution in Egypt, starting a new era for the country.

To do this, many people believe that he cannot do it alone, but must have guidance from a certain force.

Tulli Papyrus is likely the primary source of alien presence in ancient Egypt. Papyrus is said to have described sightings of UFOs during the time when Thutmosis III ruled Egypt.

In his description of events, the writer indicates that a circle of fire approached the earth from the sky. Strange disc-like objects appeared more and more but eventually left.

Papyrus is believed to have been found by the former director of the Egypt section of the Vatican Museums Alberto Tulli. Upon his death, Tulli’s belongings were transferred to his brother, but shortly before that, his brother also died, and papyrus could no longer be found.

One of the most important sources that could change a lot of what we know about human history has gone missing – or at least that’s what they want us to believe. Although a lot of people have questioned the authenticity of the document, Papili Tulli remains one of the key elements that suggest extraterrestrial life in ancient Egypt.

Another important factor that has raised more questions about aliens in ancient Egypt is the finding of signs of Egyptian hieroglyphs on the unidentified flying object Roswell and also the flying object. Found in Rendlesham Forest.

The markings found in the Roswell UFO, believed to have crashed in 1947, seem to match those seen on the Rendlesham flying object in 1980. Specifically, a triangle with two spheres is believed to be were found on both of these UFOs.

Why do both UFOs that fell 33 years apart have the same type of ancient hieroglyphs?

Ancient artifacts were found in the home of Sir William Petrie, aka Flinders Petrie, who is considered one of the finest Egyptologists in history. Objects found at his old home in Jerusalem are said to be of strange origin.

Among the items were two mummies believed to be aliens as well as objects with inexplicable symbols. The artifacts were taken from Petrie’s home by the Rockefeller Museum Jerusalem and kept secret by them.

Many strange artifacts related to aliens were found in the home of Egyptologist Sir William Petrie (Image: listverse)


After all, it’s hard to find any real physical evidence to support the existence of extraterrestrials in ancient Egypt. Surely there is also some evidence out there that is not known to the public and is kept completely secret.

However, these ten signs help us form a strong argument that the Egyptians could not have achieved so many great achievements on their own. These discoveries are also attracting more people every day to invest in solving the mysteries of ancient Egypt. 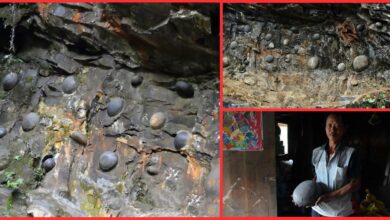 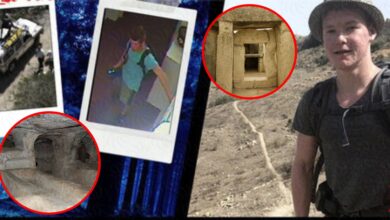 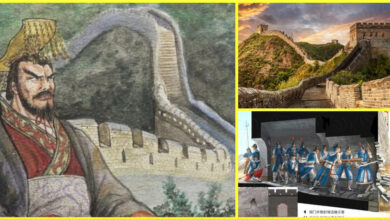 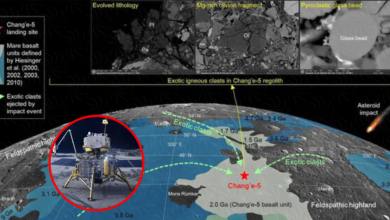 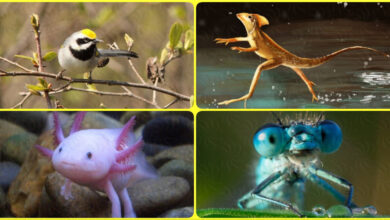